How Small the Earth Is Next to Sun Explosion 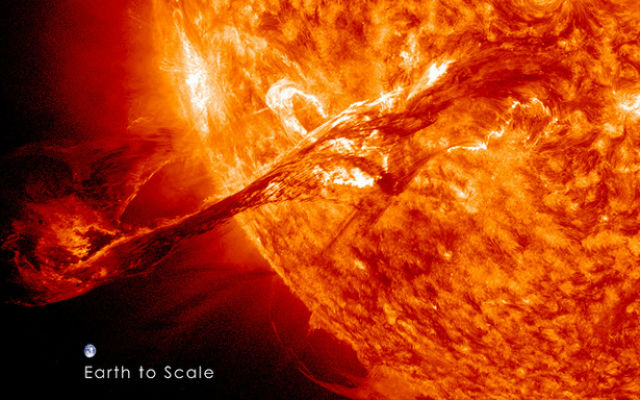 On the last day of August at 4:36 in the afternoon ET, a filament of solar material exploded out of the sun, hurtling into space at more than 900 miles per second. NASA’s Solar Dynamics Observatory captured the eruption in video and photographs and now, to give us a better idea of the scale of this thing (as though understanding it is even possible), NASA has added to the above picture an image of Earth shown at scale.

The ejection of solar plasma did not head directly toward our planet, but even the indirect effects were enough to cause a beautiful aurora on the night of September 3rd. NASA also provided a picture of that phenomenon, as seen from Whitehorse, Yukon, in Canada.

A video from NASA also shows the eruption in action.